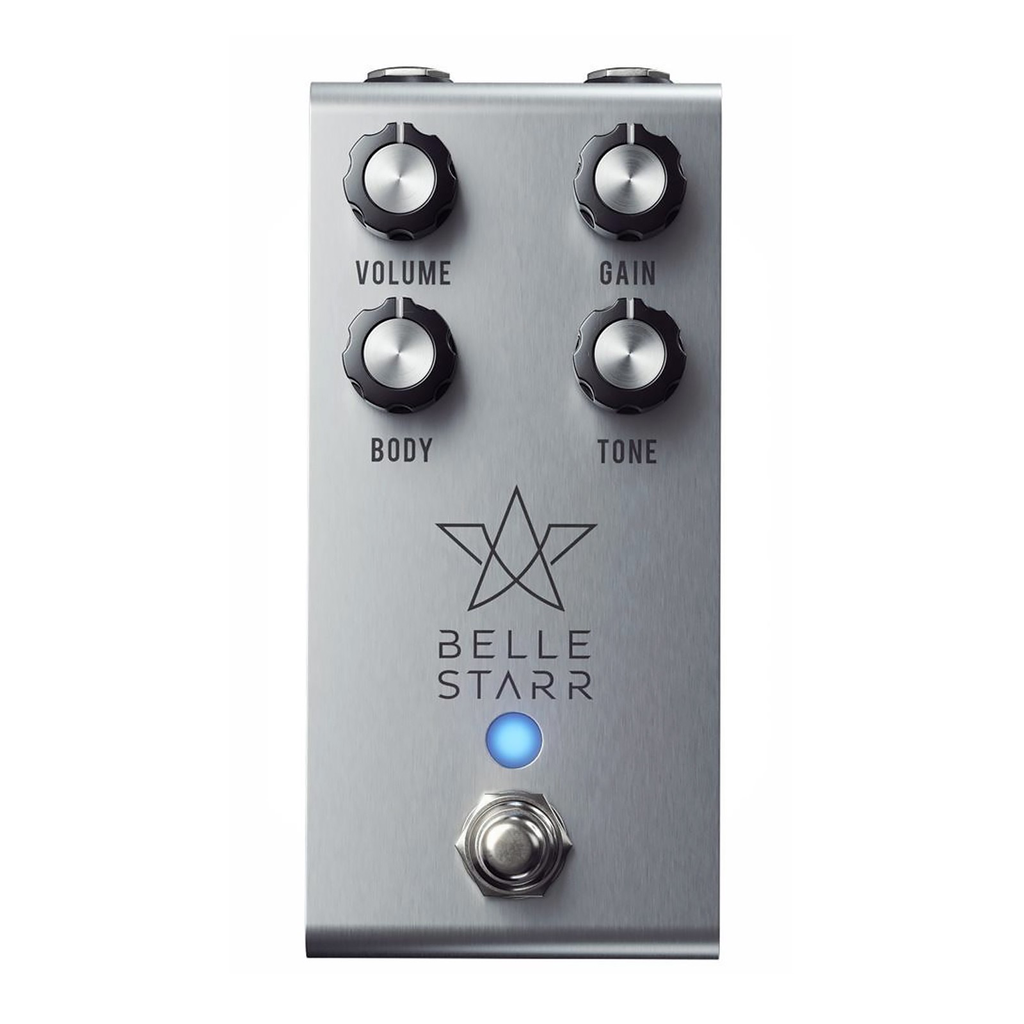 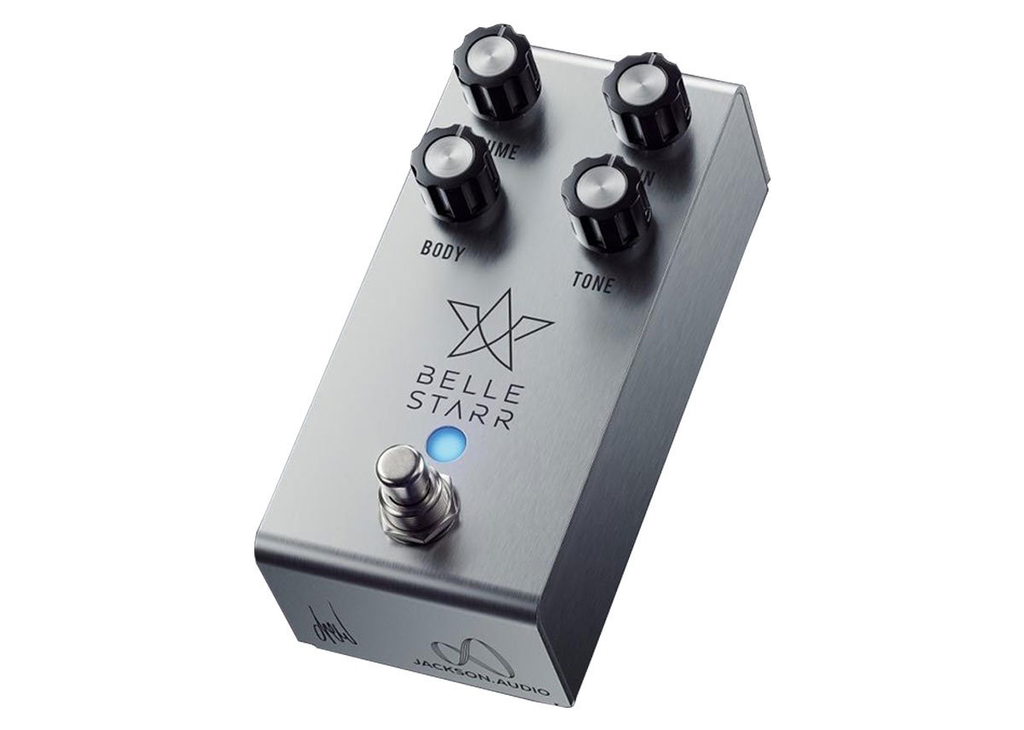 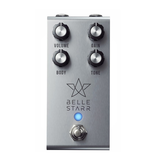 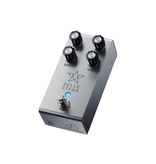 The Belle Starr is the result of a collaboration between Jackson Audio and Drew Shirley from Switchfoot.

The Belle Starr was designed to recreate this classic tone.

The Belle Starr is a low / mid gain overdrive circuit that has the smooth and natural breakup that is characteristic in smaller amps.

The Jackson Audio Belle Starr goes from absolutely clean to medium gain with no unusual jumps in the dynamic response.

Over the 8 months that Jackson Audio spent dialing in the Belle Starr, their team tested the pedal with every variation of amp they could get their hands on.

This was done to ensure that the Belle Starr would work on any amp that you marry it to!

Body : The Body control adjusts the low frequencies by giving a +/-15dB boost/cut to those frequencies.

Gain : Increasing the Gain control adds subtle overdrive and takes you from clean to a perfect emulation of a cranked small amp that is breaking up!

Tone : A beautifully voiced passive tone control, the Tone control adjusts the treble frequencies (much like the Cut control on a Vox amp).

• The result of a collaboration between Jackson Audio and Drew Shirley from Switchfoot.

• The Belle Starr is a low to mid gain overdrive.

• Designed to be as natural-sounding and amp-like as possible.

• Dynamic, expressive and natural sounding overdrive that fits into any rig!