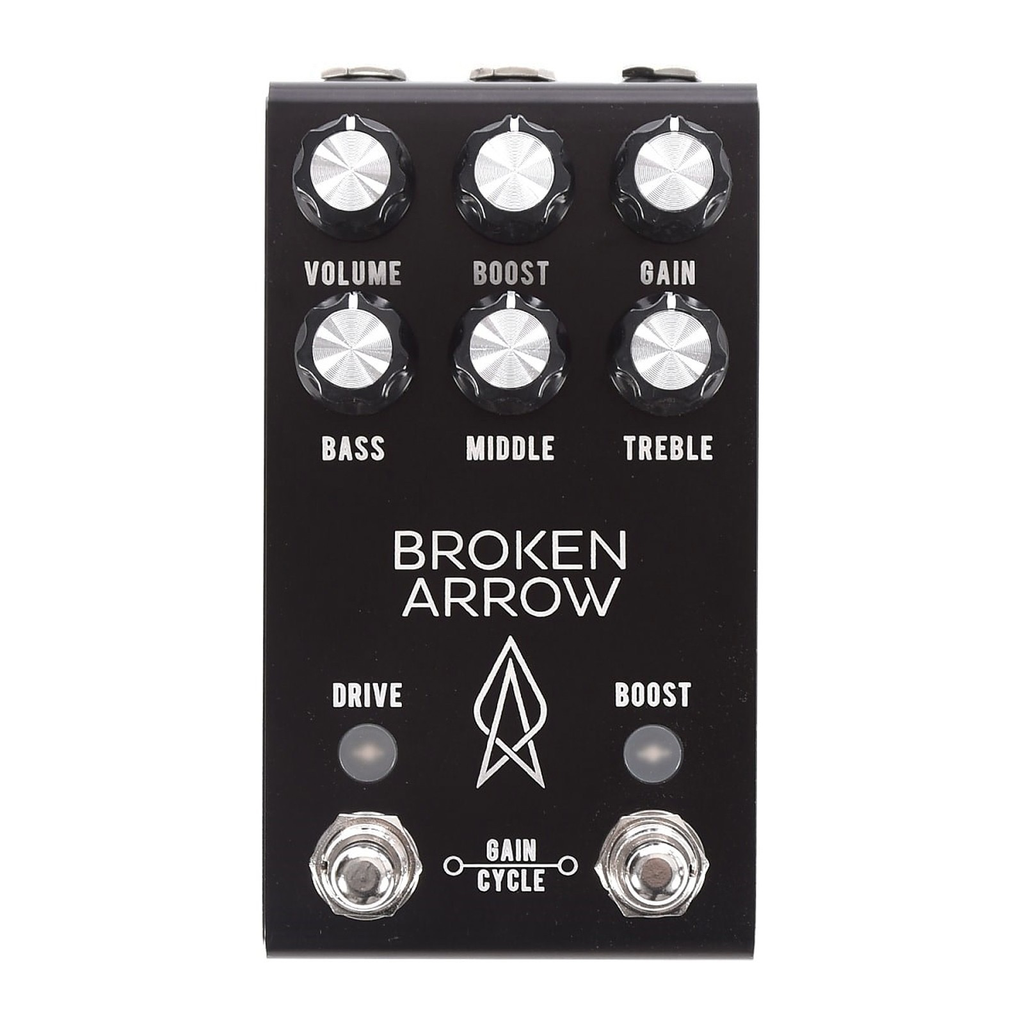 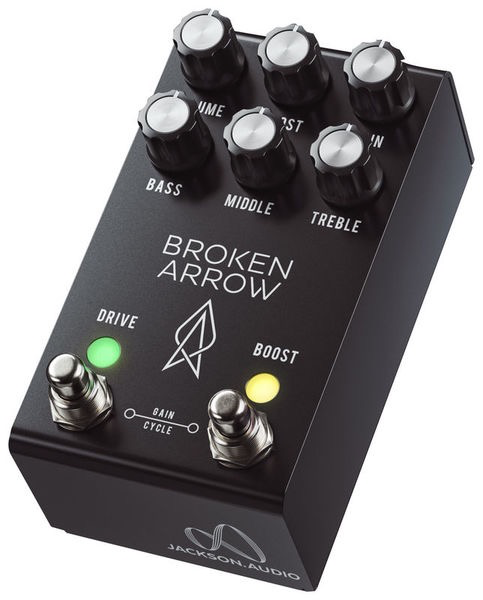 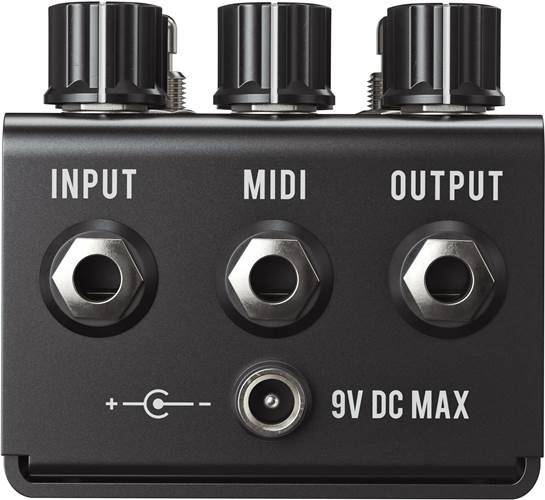 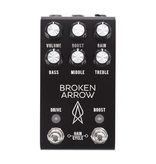 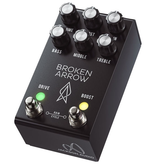 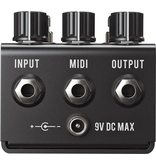 The Broken Arrow is a flexible overdrive with 4 presets, an innovative gain adjustment feature, and a 3-band active EQ for maximum tonal flexibility.

To top it off, Jackson Audio added a boost circuit which is the same MOSFET boost circuit found in their top selling Prism pedal!

There are two independant sections in the Broken Arrow: the overdrive circuit and the boost circuit.

One of the things that makes the boost in the Broken Arrow different from other boosts on the market is that it has 4 presets available!

Each preset is EQ’d slightly differently to allow it to alter how it interacts with the overdrive circuit in the Broken Arrow (or any other pedal in your rig).

Preset 2 (Mid Boost): This mode allows more lows and takes on the character of a mid boost.

Preset 3 (Tailored Boost): Most people will find this a perfect setting that will complement most any overdrive setting in the BROKEN ARROW.

(Given that the Broken Arrow features an active 3-band EQ, a mid bump is easily achieved by increasing the Mid knob anyways.)

The overdrive portion of the Broken Arrow is a completely new way of using and adjusting overdrive!

With 4 clipping diode presets and an innovative Gain Cycle feature, the Broken Arrow will make most other overdrive pedals obsolete!

The Broken Arrow allows for 4 different presets of clipping diodes which drastically alter the tone and feel of the way the overdrive clips and distorts.

Preset 1 (Classic Screamer): The classic drive and compression that the Tube Screamer is known for.

Preset 3 (Symmetrical Clipping): A more focused and direct tone. One notable pedal that uses this style of clipping is the Timmy.

The Gain Cycle feature lets you easily ramp up the gain without having to bend down.

Gain Cycle takes the Gain knob setting and divides that level of gain into 4 equal parts.

Say for instance you have your Gain knob set at 100% gain.

Every time you press both footswitches simultaneously, the gain of the pedal will jump up 25% until you get to 100%.